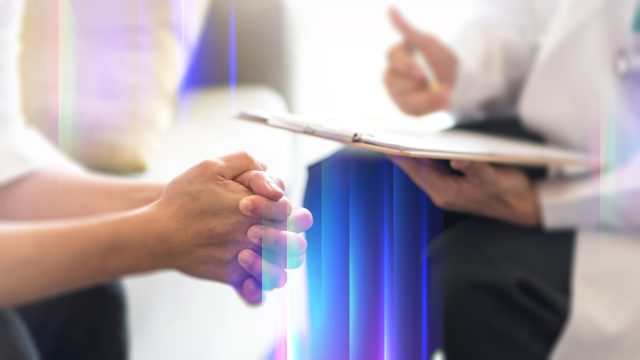 One of the causes of male infertility is Y chromosome microdeletion. Genetically males have two sex chromosomes: one X and one Y chromosome. Y chromosome is made up of three regions: the pseudoautosomal region (PAR 1 and PAR 2), the heterochromatin (structural) and the euchromatin (informational) regions. Among them the last two are joined in the MSY, the non-recombining (male-specific) region.

The male non-recombining region (MSY) consists of long and short arms connected by a centromere. The short arm itself includes the SRY, ZFY/ZFX regions determining testis development and differentiation. As for the long arm, it contains the AZFa, AZFb, and AZFc regions. Spermatogenesis begins in the AZFa region, then continues in the AZFb and ends in the AZFc. These regions are important for normal spermatogenesis. That is why deletions in the AZF region are the most frequent genetic factor in spermatogenesis disorders.

Small deletions of the Y Chromosome within the non-recombining region are known as Y-Chromosome Microdeletions. The part of the Y chromosome’s responsible for normal spermatogenesis is called azoospermia factor (AZF). The microdeletions are distinguished by which segment of the Y chromosome AZF region is missing. For example, if the most proximal segment of the AZF region is absent, it is identified as AZFa; if the middle segment is missing, we have AZFb microdeletion, and the absence of the distal absence of distal segment indicates AZFc microdeletion.

One of the most common genetic causes of male infertility is Y-chromosome microdeletions. They are present in as many as 5% and 10% of oligospermia and azoospermia patients respectively respectively. Currently, the global prevalence of YCM in infertile men of different ethnic groups ranges from 2% to 24%.

According to the research of the American Society for Reproductive Medicine (ASRM), the prevalence of YCMs might be as high as 2% in the general population of men and in case of oligospermic and azoospermia men it is as high as 16%. At the same time the European Academy of Andrology (EAA) defines the prevalence of YCMs in the same study group (general population of men) to be far lower, around 1 in 4000 (0.025%).

A 2016 study by the European Association of Urology reported the prevalence of YCMs to be 8–12% in azoospermia patients and 3–7% in oligospermic patients. Genetic screening studies confirm that no YCMs are found men with normospermia

Screening for YCM in men with infertility problems is an important study, the outcome of which determines the clinical management strategy of the patient using assisted reproductive technologies (TESE, IVF, ICSI).

It should be noticed that AZFc is the most frequent deletion type among all microdeletions. It accounts for 60-80% of all deletions. At the same time, in contrast to the AZFa and AZFb microdeletions, in the case of AZFc a man has the highest chances of having a biological child through assisted reproductive technologies. In cases of AZFa and AZFb microdeletions, the probability of pregnancy is very low. Therefore, the results of the YCM study can play an important role in determining the right course of treatment.

When a man has non-obstructive azoospermia (NOA), microsurgical sperm aspiration from the testicle or epididymis is considered the gold standard of treatment. In non-obstructive azoospermia caused by Y chromosome microdeletions, the rate of successful sperm retrieval depends greatly on the region of AZF that is absent. According to the studies, deletions in the AZFc region are associated with the highest sperm retrieval rates, ranging from 50 to 80%, while in cases of AZFa and AZFb there are reported unfavorable sperm retrieval rates and clinical outcomes. Moreover, there may also be simultaneous microdeletions of several AZF regions, for example, AZFbc or AZFabc, resulting in the same unfavorable prognosis. In order to avoid ineffective surgical intervention, surgical sperm aspiration is not recommended for patients with verified presence of deletions in the AZFa, AZFb, AZFabc, or AZFbc regions.

The European Academy of Andrology and the American Society of Reproductive Medicine recommend YCM screening for patients with severe oligoospermia and azoospermia.

For men with the AZFc deletion, the use of assisted reproductive technology is recommended, although there is a clinical component that requires further consideration.

Any male offspring of a man with an AZFc deletion will inherit their father’s Y chromosome with microdeletions. Hence, these male children will be equally or more severely infertile than their fathers. Additionally, screening of male relatives and karyotyping is recommended, as AZFc microdeletions have been implicated in higher risks of Turner syndrome (45, X0) and ambiguous genitalia in any viable male offspring. For this reason, genetic counselling for men with a verified AZFc deletion should be considered mandatory. Men who decide to proceed with assisted reproductive technology (IVF) treatment are recommended to undergo preimplantation genetic screening of embryos for aneuploidy (PGT-A), in order to select a female embryo for transfer and avoid inheritance of the deletion, or to use donor sperm.

ჩაეწერე კვლევაზე
This site is registered on wpml.org as a development site.